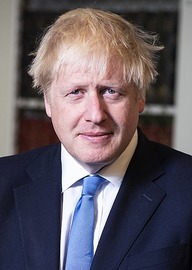 Alexander Boris de Pfeffel Johnson is a British politician, author, and former journalist who has been Prime Minister of the United Kingdom and Leader of the Conservative Party since... Wikipedia